The catalytic impact of FireCube®

FireCube® is a new and proprietary solution to improve combustion by catalysis. The process consists in incorporating a precursor, previously converted into gaseous form and mixed with the combustion air .

Inside the flame, the catalyst helps facilitate, accelerate and complete the chemical kinetics of the thermal oxidation. Solid and gaseous unburned elements are thus oxidized. Subsequently, metallic oxides are blended with the fouling deposits, rendering them fragile, non-sticky, loose and dry, thus self-draining. The boiler can then be operated with less excess air, closer to the stoichiometric conditions.

The overall effect of the actions of FireCube® is to facilitate the more efficient exploitation of the thermal unit to which it is attached, whether it be from the energy, environmental or economic standpoints. 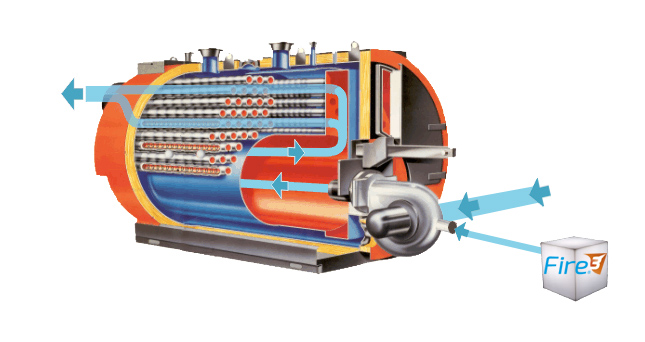 FireCube® technology consists in transforming a precursor which contains manganese oxide-based compounds (the catalysts), into quantified vapours at a nano-scale.

To achieve the desired effect, the catalytic content needs to be adapted in terms of volume and distribution to the volume in which the combustion takes place; to achieve this, the dosage and balance of the catalytic product needs to be adjusted and the correct balance obtained in the combustion air intake(s) used as the vectors for its diffusion.

FireCube® technology is composed of specialized equipment, the « FireCube machines », and the catalysts in the form of organometallic compounds or « metallocenes », based on manganese (Mn).

FireCube® has been conceived to effectively treat most carbon-based fuels, whether fossil or renewable. The technology is particularly effective on difficult liquid combustibles, such as heavy fuel-oil, as well as on solid combustibles whose use is rapidly expanding, such as those emanating from the biomass (wood based, or waste).

Thanks to its large versatility of applications FireCube® can either act in a preventive capacity to help boilers severely challenged when being operated (overload; ageing components; poor quality, wet fuels…), or to boost state-of-the art boilers beyond that envisaged by their designers. 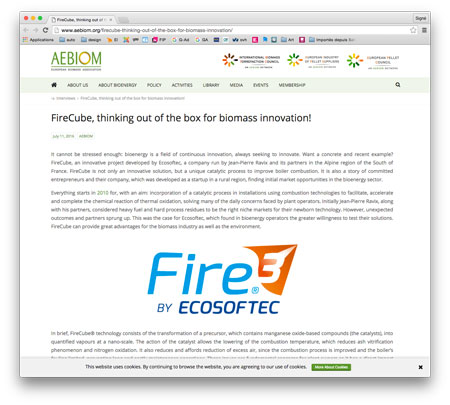 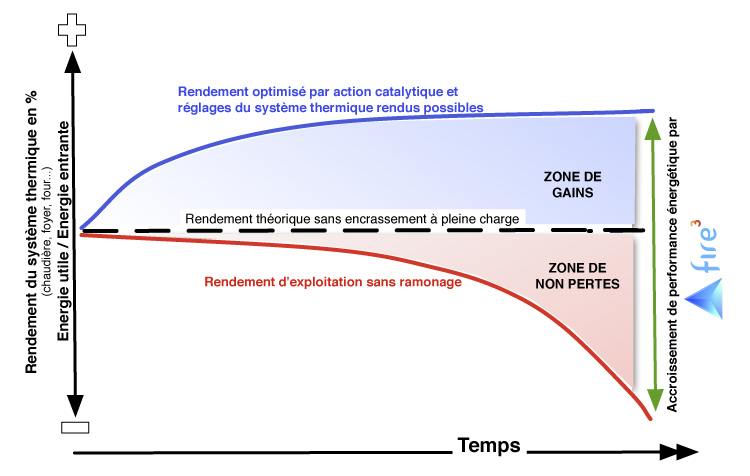 With regard to efficiency
Improvement in the range of 3% to 15%, with:
less primary energy used to produce a unit of thermal MW, or
more thermal power delivered per mass unit of primary energy consumed.

With regard to emissions
No or reduced CO,
Reduction of NOx thanks to the catalytic effect and a reduction in the levels of excess air,
Reduction in greenhouse gas emissions per unit or useful energy.

With regard to preventive maintenance 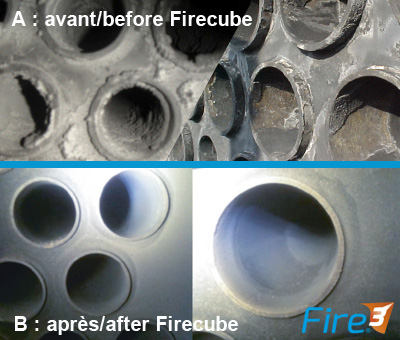 Clinker forming inhibited on grids, ash vitrification prevented,
Soot-blowing and sweeping eliminated or reduced,
Prevention of corrosion of metallic components even at the sections where dew point starts appearing

With regard to operating side
Thanks to FireCube®, the boiler can better handle the rapid load variations and is less susceptible to penalising energy factors (e.g. the lack of humidity in the biomass).This preventive action due to chemical cleaning increases the availability and durability of the thermal systems equipped with FireCube®.